The Darjeeling train, built along the old Hill Cart Road that was used by horse-drawn traffic and bullock carts, uses the same alignment most of the way. Where the gradient is too steep ingeniously built loops and spirals, zig-zags and reverses are used to enable one to continue one’s journey up the mountain slopes. Surprisingly, there are no tunnels on the line and passengers have an uninterrupted view of the most breathtaking scenery.

The trip from New Jalpaiguri to Darjeeling has been described as the journey of a lifetime, and many train enthusiasts consider it to be the ultimate rail wonder of the world that still exists to be enjoyed. Literally a ‘toy’ train, its narrow gauge of 2 ft is the narrowest of narrow gauges. En route to Darjeeling the train passes through plantations. One of the stations, en route is Ghoom, which, at 2258 m above sea level, is one of the highest railway stations in Asia. Traditionally one stops for a cup of tea at Ghoom. As the train chugs along at snail’s pace through Ghoom town, children hop on and off the train and one can lean out to do one’s shopping without ever leaving the train. One also gets a close look at the bazaars and shops of Kurseong town as the little train steams through. Just before arriving at Darjeeling the train takes a most spectacular loop with the mighty Kanchenjunga, 8602 m high, dominating the eastern horizon. The third highest mountain in the world, it affords one of the most panoramic views possible – a truly majestic sight. 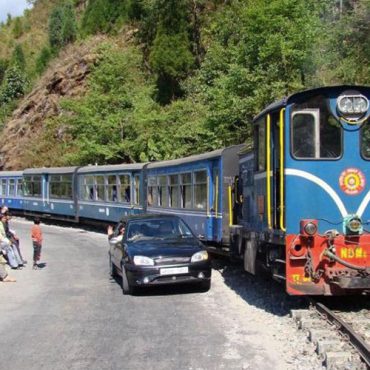 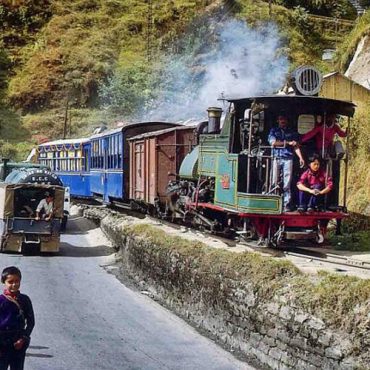