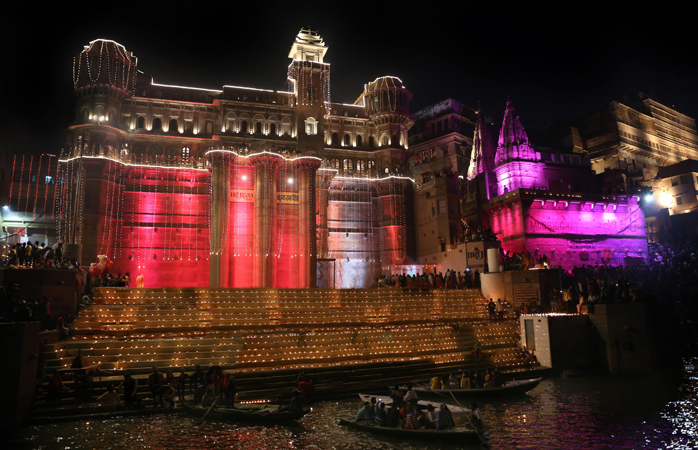 This magnificent more than 200 years old palace is very well influenced by Maratha Dynasty as it was erected during The Maratha’s rule in the region. This palace is designated as one of the oldest well preserved buildings of Varanasi.

BrijRama Palace, graciously stands monumental on the serene banks of Darbhanga Ghat of the holy river Ganges.
The palace is often admired for its remarkable architecture and design which represent the rich heritage and culture of the city.
The Palace is the synonym of great accommodation, unparalleled service and delectable delicacies.

Palace offers 32 artistically designed with character, traditionally adorned drapes. The furniture and rugs go very well with character of the rooms an suites. The palace has River View and City view rooms and some of the rooms come with private terrace.

Palace offers multiple options for dining
Darbhanga Restaurant – Darbhanga offers dishes from around the world.
ChotaAngan, meaning ‘small courtyard’, is the hotel’s fusion restaurant.
The Terrace is the highlight with great views of the river and the city.

Being the Holy city the alcohol and non-vegetarian food are prohibited. 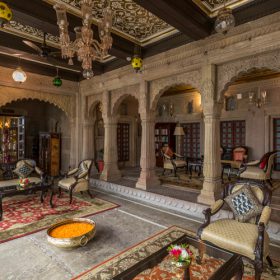 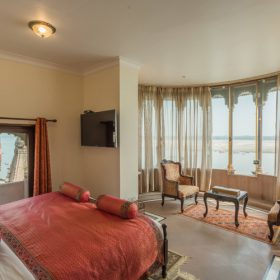 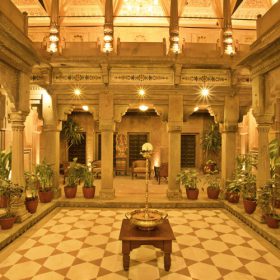 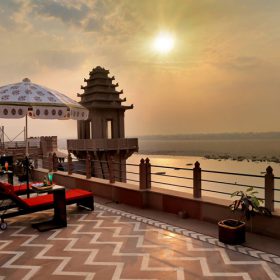