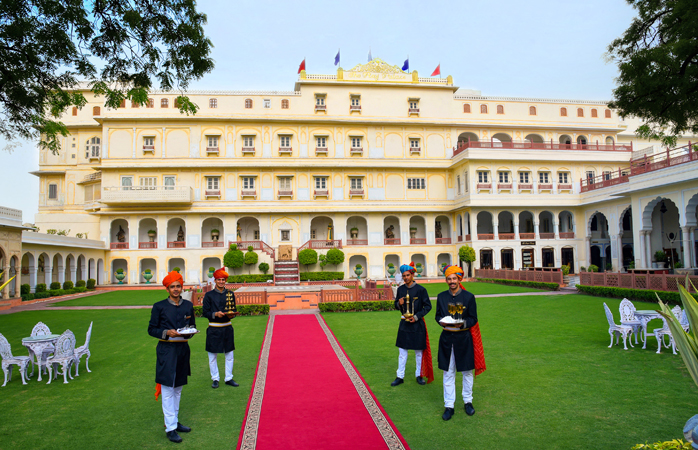 The Raj Palace (Originally Called “The Chaumoo Haveli” was built in 1727 and named after the last ruler of Chaumoo Thakur Raj Singh. In 1996 Princess Jayendra Kumari (Present owner) transformed it into a luxurious palace hotel while retaining its grandeur along with original artefacts from the bygone era.

The Palace offers 50 luxurious rooms and suites inspired by Mughal and 17th century architecture.
The theme suites veritable showcase of Jaipur’s rich heritage and culture. Museum suites have been created giving the Raj Palace the honour of being the first palace hotel with such accommodations in India.

The dining experiences at The Palace are exceptional including Multicuisine Restaurant, The Royal Thali,
The Royal Lounge café, Fountain Courtyard for Afternoon Tea, Shikarbadi Bar and The Kebab Shop.
There are many other opportunities to have Royal Private Dinner and different venues.

Photos of The Raj Palace, Jaipur 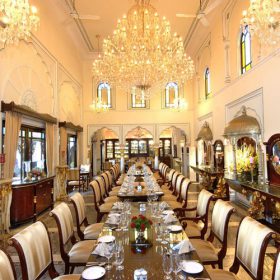 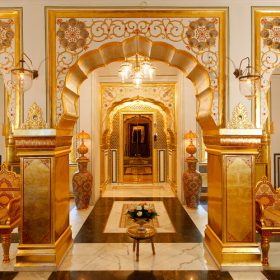 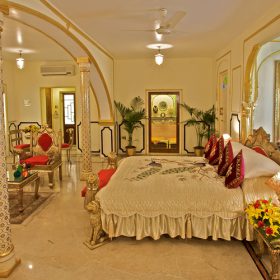 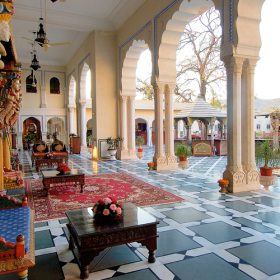