The Lodge At Wah, Palampur

The Lodge At Wah, Palampur 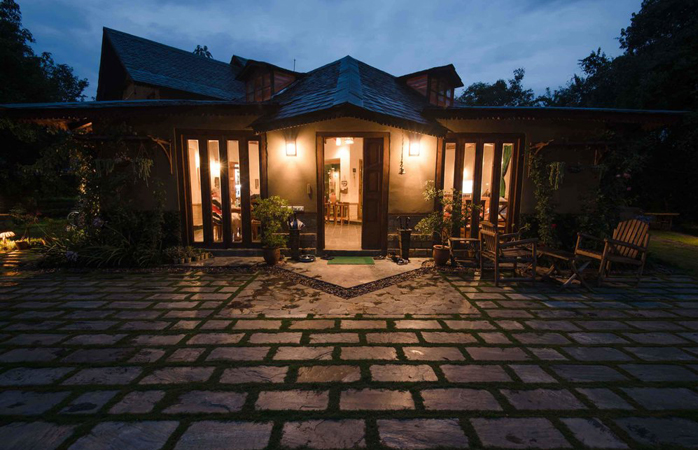 A part of the Prakash family since 1953, Wah Tea Estate is one of the largest manufacturers of tea in the Kangra region. An interesting history precedes the setting up of the Lodge which was established as a plantation estate in 1857 by the British.
The estate was taken over by Sir Sikander Hayat-Khan, the son of the Nawab of Wah in Pakistan. Hence the name. The meaning of “WAH” IS “WOW”.
The Lodge has been built in one and a half acres and is part of the five hundred- and twenty-six-acres tea estate. While setting up the Lodge right in the middle of the estate surrounded by the snow-capped mountains and sloping tea bushes of Kangra, a lot of thought and detail went in to making it unique and tailored to the needs of their guests.
The recycled wood, slate and furniture are sourced from old homes and local court houses.
The young couple Surya and Upasana who manage the Lodge have personally been involved in coating the furniture with linseed oil, laid rocks and pebbles in the garden, scrubbed the slates, and even waxed and buffed wooden floors. The way it stands today, The Lodge at Wah blends gracefully with its surroundings.

Meals feature the Kangra cuisine and a smattering of other Indian and global recipes such as Khow Suey and a Mongolian stir fry, but consciously using organic and local produce as much as possible.

Photos of The Lodge At Wah, Palampur 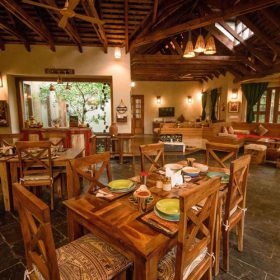 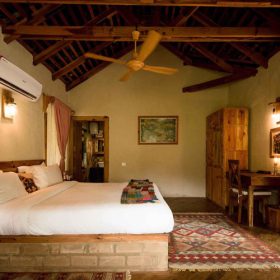 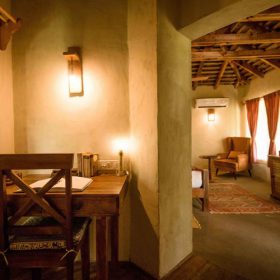