Tour: World’s top 10 most adventurous cruises by the CNN.

Our Brahmaputra cruises focus on Assam and feature game viewing by jeep and on elephant back, village walks, tea estates, exploring country towns on cycle rickshaws, barbecues on deserted river islands, cultural dance performances and visits to craft workshops. Taken as independent journeys or as part of a longer tour, they are a unique experience of India’s less accessible wonders. Full itinerary details available on request.

Between October and April, we offer a series of 4 to 10 night cruises, named after the Assam Despatch service, the daily mail and passenger service that once plied from Kolkata up the Brahmaputra to Dibrugarh.

Cruises can be combined to create itineraries up to 14 nights.

Assam Despatch 3 (River Island Cruise)
Ship – Charaidew II / Sukapha (October To April)
A 7-night cruise from Silghat to Neamati. Highlights are Kaziranga National Park for Rhinos, the Hindu monasteries on Majuli Island, famed for their dance drama, and the palaces and temples of Sibsagar, the old capital of the Ahom kings and Vishnath to visit Ahom period Shiva Temple. Good chances of spotting Gangetic dolphin and Bengal Floricans.

Assam Despatch 7 (Brahmaputra Taster)
Ship – Charaidew II / Sukapha (October To April)
This 4 night out-and-back cruise provides a fascinating taster of Assam, with visits to the famous Kamakhaya Temple, villages and to the rarely visited Pobitora Wildlife Sanctuary, where you will venture through the jungle in search of the Great Indian One-Horned Rhinoceros. It is also available as a 3-night one-way cruise to Pobitora with road transfer onwards to Kaziranga. 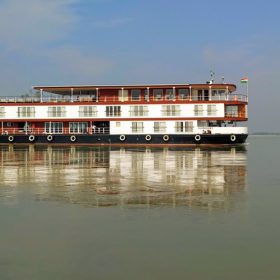 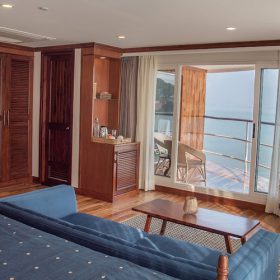 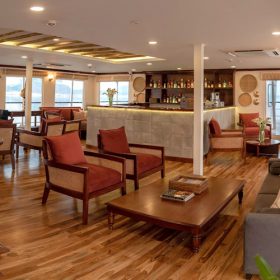 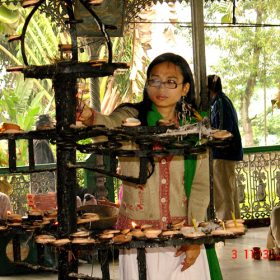