Ganges cruises can be taken separately or together to offer a choice of durations from three to 15 nights (by combining two itineraries). Ganges and Lower Ganges (Hugli / Hooghly) cruises are all about visits to villages, towns, temples and monuments in a little-known but fascinating and culturally rich part of India, on foot, by cycle rickshaw or minibus.

Due to river conditions, we cruise all the way up to Varanasi only in the months of August and September.

Bengal Despatch – 1 & 5 – Historic Hugli (Lower Ganges)
Ship – Rajmahal
Bd 1 – Upstream Kolkata To Farakka- 7 Nights – August To April
Bd-2- Downstream Farakka To Kolkata- 7 Nights – August To April
These cruises, upstream or downstream with return journey by rail, take you along the intimate Hooghly, which flows from Farakka on the main river down to Kolkata. As well as sightseeing of Kolkata itself and the European colonies just outside, the cruise takes in Murshidabad, capital of the Nawabs of Bengal, and the many monuments of the medieval Islamic capital of Gaur. A highlight are several delightful and little known Bengali Terracotta temples. Cruises can be combined with Ganges cruises on most dates.


Bengal Despatch – 2 & 4 – The Holy Ganges
Ship – Rajmahal
Bd-2 – Upstream Farakka To Patna (8 Nights) – August To September
Bd-4 – Downstream Patna To Farakka (6 Nights) – August To September
These cruises along the main stream of the Ganges operate between Farakka and Patna (or vice versa). Mughal ruins at Rajmahal, East India Company relics at Patna and Monghyr, and Buddhist monuments at Bodh Gaya and elsewhere in this, the Buddha’s homeland, make for an exciting voyage through totally undiscovered territory.

Bengal Despatch – 9 & 10 – City Of Light (A Varanasi Summer)
Ship – Rajmahal
Bd-9 -Upstream Patna To Varanasi (7 Nights) – August To September
Bd-10 -Upstream Varanasi To Patna (7 Nights) – August To September
With specially designed ship, ABN Rajmahal, we are able to offer two one-week cruises which access the Holy Grail of Ganges cruises, the sacred city of Varanasi itself. Operating only in periods of high water, when India is at its most lush and attractive, they explore untouched villages and towns of rural India along the river between Patna and Varanasi. Both cruises feature two days of sightseeing in Varanasi itself, including sailing all the way up to the spectacular Chunar Fort.

Bengal Despatch – 8 – Bengal Memories
Ship – Rajmahal
Bd-8 – Kolkata To Kolkata- 3 Nights – August To April
This short itinerary has been specially designed to give travellers a taste of Bengal’s rich heritage. Visit the imposing Imambara that overlooks the river; the new ISKCON temple of Mayapur, a vast complex of worship that receives over a million Krishna devotees annually; the intricately carved terracotta Hindu temples of Kalna; and Chandernagore, a charming riverside town that was in French possession until 1950. 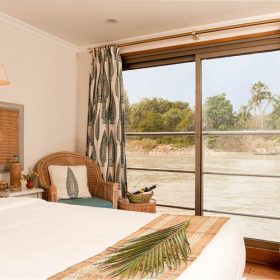 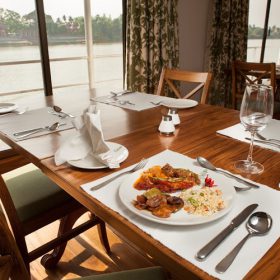 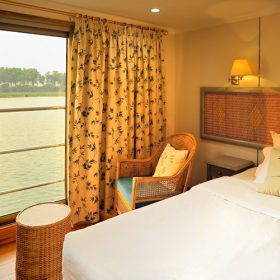 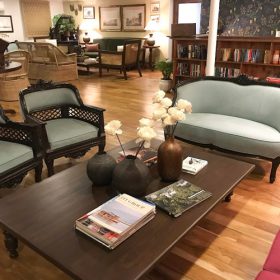