Imagine a picturesque landscape marked by green, rolling hills, mountains with flowing mists, and a metre-gauge railway line running through this tranquil countryside with a quaint blue train slowly chugging away. How often does one get a chance to hitch a trip on such a train traversing one of the most idyllic sceneries? There is no better way to explore the rolling hills and pine forests of Ooty hill station than by taking the Nilgiri Mountain Railway – the blue toy train as it is fondly called.

The railway line constructed in 1908 winds through the enchanting Ooty landscape covering a distance of 46 km with stations such as Mettupalayam, Wellington, Arvankadu, Ketti, Lovedale, Coonoor and Udhagamandalam/Ooty (UAM). Recognizing the historical importance and heritage, Nilgiri Mountain Railway was declared a UNESCO World Heritage Site in 2005. The 4.5-hour leisurely train journey passes through 16 tunnels, 250 bridges and 208 curves while providing some impeccable views of places that are otherwise inaccessible. The train climbs an altitude of 2200 m above sea level to reach Ooty from Mettupalayam which is 330 m above the sea level.

The train is a delightful little blue and cream affair with wooden coaches and large windows. It is hauled by smart steam engines, designed and built by the Swiss Locomotive Works. Ooty at an elevation of 2287 m is the most popular hill station in South India and the Nilgiri Hill Railway has certainly added considerably to this popularity.

Coonoor station featured in David Lean’s PASSAGE TO INDIA and one of the Swiss locomotives was used as the Chandrapore train. 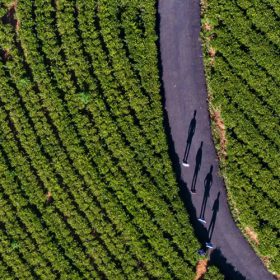 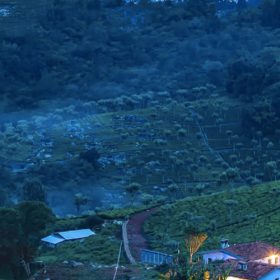 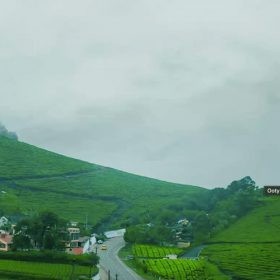 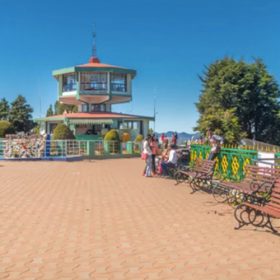