The Kalka-Shimla line weaves in and out of tunnels and over multi-level arched bridges that look like Roman aqueducts. The mountains were conquered head on with heavy engineering and one goes through 103 tunnels on the 94 km journey.

The Delhi Gazette, in 1847, predicted that if a railway line was built between Shimla and Kalka, one might see a shift in the seat of the government to a more salubrious spot. This prophecy did indeed come true and Shimla became the summer capital of The Raj and the most important hill station in India.

The Kalka-Shimla line was opened in 1903. In 1956 the steam engines were replaced by diesel and today a diesel rail-car, first-class only and known as the ‘Himalayan Queen’ 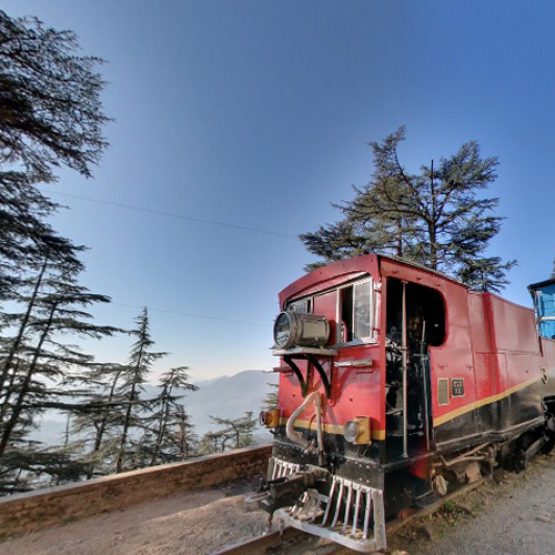